From Dream to Reality: The Science of Mind Archives and Library Foundation by Rev. Dr. Marilyn Leo 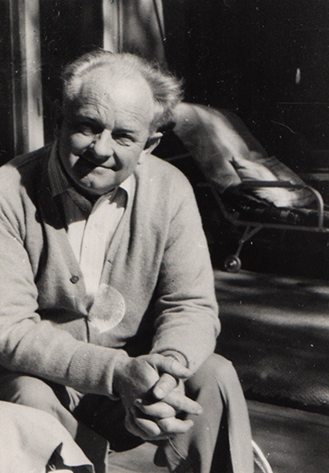 From a very young age Ernest Holmes spent much of him time reading. When he was not working in his relative’s store learning to be a butcher, you could probably find him in the Boston public library.  He was constantly in a learning mode, asking questions of himself and others about the meaning of life, God, and the universe, and seeking the answers wherever they could be found.  Emerson was his first love early on and then of course Thomas Troward. However, he loved Christian D. Larson, Ralph Waldo Trine and many others. He studied every subject imaginable.
In later years, in his twenties and thirties, he began writing and first published  Creative Mind and Creative Mind and Success in 1919.  He began receiving copies of books from publishers and authors. He would read or at least review the book and then often give it away. He did not keep many of these books and therefore had a small collection. During his lifetime, ending 1960, he had written 51 books, plus two titles with his brother Fenwicke, and several with other authors. Willis Kinnear, Dr. Marilyn Leo, Dr. Jesse Jennings, Kathy Juline, and others have compiled and edited Holmes’ works.
Of course books were not his only writing accomplishments; there is the Science of Mind magazine in which he wrote articles and “Daily Guides”. He also wrote poetry; many of which became greeting cards and some put to music.  The magazine began publishing in 1927 with the name of Religious Science and is available at the Science of Mind Archives and Library website for the world to read and copy.
Over the years, the church collected many hundreds of books to establish a library but an archives had not been formally created. In the late 1990s Reverends Marilyn and Richard Leo, possibly because they had known Ernest Holmes, were asked to create an archives of Ernest Holmes’ papers and create the historical story of the Religious Science movement.  There was a small room in the basement of the United Church home office filled with photographs, correspondence, manuscripts, rare books, films, cassettes and artifacts that needed to be organized and categorized. After attending a class and learning about archiving, the Leos asked for volunteers to help with this giant project. People came from all over southern California and spent hundreds of volunteer hours. In 2001 Richard Leo had made his transition, but Marilyn continued the work.
In 2003, United Church of Religious Science, the holder of these archives, moved from Los Angeles to Burbank, California and the archives were once again put in a closed room, without windows, heat or air conditioning. While in Burbank, Ann Rea, ministerial student and computer wiz volunteered almost every week. Marilyn and Ann began going through every file folder and labels to create an inventory list on the computer. The papers had been placed in acid free folders and then boxes with temporary labeling to help identify each box. The boxes were placed on metal shelves and now anyone would be able to locate whatever material they were interested in finding.
In 2008, United Church moved to their newly purchased building in Golden, Colorado. Marilyn wanted the archives to remain in southern California if possible. With the help and agreement of the Hefferlin Foundation, Religious Science International and United Church of Religious Science, Marilyn’s dream would be fulfilled. That was the joining together of all information of the history of Religious Science, at least within the two major church entities. They agreed and an independent non-profit foundation was formed to collect, preserve, and make available to the world, the history of Religious Science.
To shorten the story a little, the archives and library were moved to Encinitas California, at the Holmes Institute campus. Two years later, it was all moved to a large rented area in the Golden Colorado home office of the soon to be named Centers for Spiritual Living.  We now have an active web site, www.scienceofmindarchives.org. There are separate rooms for audio/video, rare books, board meeting minutes since 1926, shelves filled with all of the history, and an expanded library. There are also storage and work areas, and an office.
There is a lot of work still to be done and we are constantly adding books and CDs gifted to us by our present day authors and musician’s.  We have a new manager, Kathy Mastroianni. She has many years of experience heading up non-profit organizations and fundraising for them. She is a practicing Religious Science practitioner at Mile Hi Church in Denver and has the enthusiasm and energy to help move the archives and library forward.
When in the Denver area, give Kathy a call, 720-496-1361 and come up the hill for a visit. You will be, as many are, amazed and excited to see the many treasures housed in our archives.
Post Views: 448