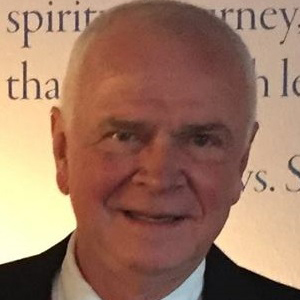 Ministers study the teachings and practices set forth by Ernest in practitioner and ministry school, and then after that in preparing their weekly messages and furthering their personal growth. After all, Ernest was adamant that Religious Science is a teaching and practicing order, not a preaching and proselytizing order. (Those who belong to the Science of Mind (SOM) Archive’s “Friends of Ernest” membership community get to address Ernest on familiar terms, otherwise you are constrained to address him as Dr. Holmes). (Just kidding a little, but please join anyway https://scienceofmindarchives.com/friends-of-ernest-membership/.)

Ministers study love and law, teaching and mental healing, theology, what Jesus said and did, etc. Yet there are great lessons to be learned in studying about Ernest the man. What greatly intrigues me is his spiritual leadership of his church and institute, facts and stories that do not usually show up in his numerous texts. Specifically, what qualities did he have to build such a large organization with a huge following? Fortunately, we have several biographies that give us hints, as well as a few autobiographical stories within Ernest’s writings themselves. The SOM Archives has more yet unpublished material than the information within the few bios listed below, and could certainly appreciate some help in contributions to find it and get it out there. We also have more interviews of people who knew him.

We have witness that in WWII he and his wife Hazel distributed 45,000 copies of the book This Thing Called Life on at least one occasion (there might have been others) to United States armed forces. One letter he received back explained that since the books were scarce, one troop base in the South Pacific tore out all the pages of two books and posted every page, front and back, on a big board or wall so that everyone could read them. And they did.

Later, during the Korean war, he and Hazel sent literature to troops in the areas of conflict, and innumerable individual testimonials came back. In 1950, his weekly Sunday radio program, called This Thing Called Life was accepted by the Armed Forces Radio Network (the only religious program accepted), which put him in contact of more millions of troops, in addition to his nationwide radio program on the Mutual Broadcasting Network. When Reverend William Hornaday was handed the radio program a year or so later, it had an estimated twenty million listeners!

Clearly, Ernest had a huge following, much larger than the total congregations of the ministries. He was so famous among listeners and Armed Forces veterans that in the 1950’s he often enough could travel somewhere in the country, put up a sign saying ERNEST HOLMES SPEAKS TONIGHT and return home with a suitcase with $10,000 inside. (I believe that the SOM Archives may have retained this same suitcase.)

When Founder’s church was being built, there was a sudden discovery of a cost overrun that would have stopped construction. Ernest treated for the needed $180,000 and had it within a week. Ernest wasn’t just a famous teacher, healer, and philosopher; he was also a rainmaker par excellence and worked hard to develop the base of support that regularly paid off in generous contributions.

Research continues by the SOM Archives for more details of his life, but it seems ok to wonder if some of Ernest’s attributes of power, charisma and fundraising can be recovered within our church’s future leaders? Or have times changed so much as to doubt that any leader could make it work again?