The Story of Religious Science September 2015 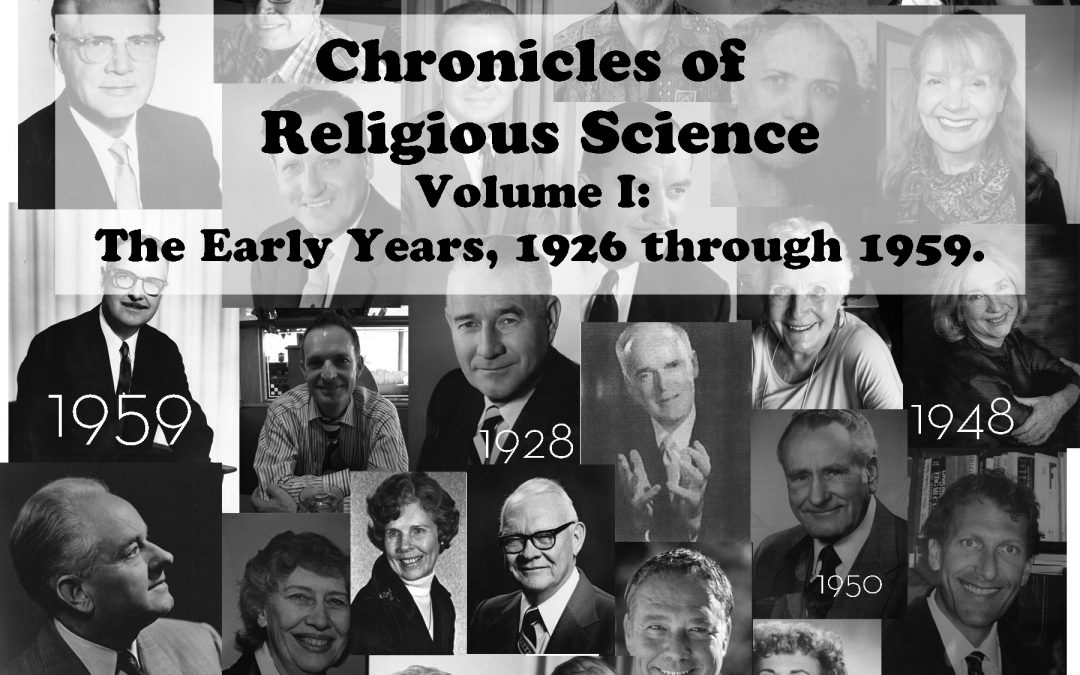 Make the Greatest Discovery of Your Life!

There is a story of the movement known as Religious Science. There is more than Centers for Spiritual Living, Religious Science International or United Church of Religious Science.  There are people around the globe who have studied Science of Mind for nearly 100 years. Unfortunately we do not know all of their stories, but we do know the history that began with Ernest Holmes and seven other men when in 1926 they came together to form a non-profit organization known as the Institute of Religious Science and School of Philosophy.

While reading about 144 years worth of board minutes I found similarities in the history as it repeated itself over and over again. Though I did not write about every subject that was discussed at every board meeting there were some subjects that were constant, and what I believed to be of greatest interest.
The Archives and Library Foundation board decided to print the Chronicles of Religious Science text in two volumes. Volume I consists of the years 1926 through 1959, during the life of Ernest Holmes.  Volume II shares the stories after Ernest Holmes, 1960 through the reemergence of one organization, renamed to Centers for Spiritual Living, 2012.
Ernest Holmes was lecturing and teaching his theories of thought mainly in California and New York several years before the formal organization was formed.  There were thousands of students flocking to hear this charismatic speaker.
In December 1926, seven well-known businessmen in the Los Angeles area told Ernest it was time for him to have a formal organization. Ernest did not care about that, he just wanted to teach Science of Mind principles to all those who wanted to learn. These men met every week through December and the first half of January 1927 to form the institute of Religious Science and School of Philosophy. “Though Holmes was named as a member initially, he did not want to be a member of the Board of Governors and did not accept the official leadership of the Board. He said, ‘My job is to deliver the water of Life, to keep it flowing. Your task is to post the signs showing people where to find it.’” (Page 20)
Some of the main subjects included in Chronicles are: finances, education, properties bought and sold, magazine distribution and sales, radio shows, and the constant growth which lead to moving the Sunday lectures several times. Volume I includes the forming of the International Association of Religious Science churches in 1949 and the disassociation of Ernest Holmes with that organization in 1954 through a formal speech at the annual Congress. (The complete text is included).
In writing this book I found the attitudes of the people, personalities, and general information very interesting. I think you will too.
The book is available from the Science of Mind Archives website in hard copy and as an e-book, and through Smile Amazon.com where you can designate the Science of Mind Archives & Library Foundation as your chosen beneficiary.  Volume II is expected to be received from the editor soon.
Post Views: 511