What Do Charles Lindbergh, Peggy Lee, and J. Edgar Hoover Have in Common?

What Do Charles Lindbergh, Peggy Lee, and J. Edgar Hoover Have in Common?
They Are All Authors Appearing in Science of Mind Magazine in the Year 1954….

(This is an ongoing series in the blog where we “Time Travel Through the Science of Mind Archives” and look back at the magazine that has been part of our history for over 85 years. We look at a random year and see what the articles reveal about Science of Mind, the people who helped shape our teaching, and what were the issues and the writings that were shaping Religious Science so many years ago….)
Historical Facts of the Year 1954

•Former General Dwight D. Eisenhower was President of the United States (The December issue of the magazine printed a ‘Universal Prayer for World Peace’ that was surging around the country being shared by millions. Eisenhower addressed the World Council of Churches in 1954 and said, “The time has come when there is no substitute for a just and lasting peace. Every single person in every single country who believes in the power of a Supreme Being (should) join in a mighty, simultaneous, intense act of faith … a personal prayer (for) a just and lasting peace … I am certain wondrous results would ensue. It would change things, because it would change men.”)

•Brown vs. Board of Education makes segregation in U.S. schools unconstitutional.

•First hydrogen bomb tested in the Marshall Islands; U.S. does a large-scale civil defense drill of a mock nuclear attack simulating the death of 12 million Americans.

•Religious Science decides to split into two separate groups over the objection of Ernest Holmes. 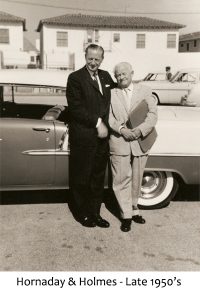 So what was notable in 1954 about Science of Mind magazine?  Probably the things 21st century readers would notice the most is how mainstream the magazine seemed then and how involved in science readers were back then. Nowadays when you read the magazine, political or national events rarely intrude upon our consciousness as the magazine’s focus is strictly spiritual, but back then the events in the broader world were really front and center in readers’ and writers’ minds.  Desegregation, electroshock therapy, hydrogen bomb testing, the rise in juvenile delinquency, and the war that had just ended in Korea are referenced in articles related to expanding spiritual consciousness.  In fact, one of the most touching pieces of writing appears in the April, 1954 issue in a Letter to the Editor about Science of Mind magazine. It was received from a father about his son, a recent Korean veteran, who served as a medic in a psychiatric hospital in Japan.
“I had a subscription sent to my son when he went overseas. He did not acknowledge it until several months later when he expressed his thanks to me in a letter and told me that at first he hid the magazine and read it only for self-help when no one was around or while in his bunk. Soon, one by one, six of his group read and used the magazine together and found their problems and needs similar; they read together and separately the daily meditations which helped them all on emergency surgical flights into Korea and their varied domestic problems and lives in the States as well as their lives as Navy medics. No religious literature was permitted in the wards for psychiatric and psychological reasons, but, one day, and by accident, one of the boys left the magazine on the magazine table and from that time on the well-worn magazine remained in the ward. My son wrote, ‘Why, Dad, was this magazine permitted to remain month in and month out and was well-used and read, when not even the Bible was permitted!?’”
High praise for the power of Science of Mind magazine and how it assisted in transforming and expanding lives!
J. Edgar Hoover appears in the March, 1954 issue with an article entitled, “Crime and Spiritual Starvation”, Peggy Lee appears in the June issue in an article about her brother’s miraculous recovery from a critical injury after a car accident by spiritual mind treatment, and Charles Lindbergh has a very thoughtful article in the July issue, “Survival Versus the Atom” on what civilization faces if only material and technological developments guide mankind, and if faith and human values are set aside:
“These are the problems of human power, of long-term survival upon earth. We have shown what man can make of science. Now it is a question of what our scientific environment will make of man, for an environment affects the form and thought of each new generation. To date, the results of science have been primarily materialistic. We have measured success by our products rather than by ourselves. A materialism which overemphasizes short-term survival detracts from the humanism essential to long-term survival. We must remember that it was not the outer grandeur of the Roman [empire that lasted], but the inner simplicity of the Christian that lived on through the ages.”
There are a couple of really touching ‘folksy’ true stories that capture little snapshots of real people and the small and touching ways that spiritual expansion moved everyday lives.  One of my favorites is also in the July issue. It is about a hospital patient, depressed by illness, who discovers God speaking to her from the loving words of the morning janitor:
“Yes, that’s it! I jus’ see God ever’where. He is ever’where and He has a wonderful plan for all of us. Life is just one big jigsaw puzzle. That’s what it is, jus’ a jigsaw puzzle! An’ I spen’ all my time putting the pieces together. Every piece is a part of life and it has its own and proper place. You can’t throw any of it away. You can’t pick up a piece and say: ‘I don’t like this piece so I’ll jus’ throw it away!’ No, ma’am, cause if you do, you spoil the picture and it is not complete. You take every piece as you find it and study it and put it into its proper place and it fits perfectly. All part of the plan and the big, beautiful picture. We’re all one. Yas’sum, that’s my church, the streets of life and puttin’ the pieces of the picture together. We can’t none of us get along without all the others. Ever’thing has its place.”
This was the year that the split in Religious Science occurred. It is never referenced in the magazine.  The only thing one notices is that in the January issue there were 70 Religious Science churches listed; in December there were only 44 churches.  But Religious Science also had some really big moments to celebrate in 1954.  On June 5th, 1954 at the famed Greek Theater in Griffith Park in Los Angeles—400 people took the stage receiving their Bachelor Degrees in Religious Science. And just how mainstream was Science of Mind in the 1950’s?  Guess who gave the Commencement Address?  Governor Goodwin Knight—the current governor of California at the time!! 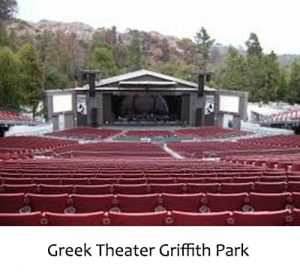 Finally, many wonderful articles from Ernest Holmes fill each issue.  One of my favorite articles, called “Where to Get Business”, is in the February, 1954 issue.  In the article Ernest tells of a client he treated that was facing bankruptcy; the man chose a week of meditation and prayer before closing the business as a way to seek Divine Guidance—during that week he received a vision.  His partners reluctantly agreed to the idea; soon the business was more successful than ever! His business partners sought the man’s techniques—soon, all of them came together to pray and vision for greater business success as a group—even more success followed. Ernest’s client was so uplifted by how his business and life had transformed that he quit to become a spiritual practitioner. The article ends with these inspirational words from Ernest Holmes:
“I believe in God in business, and I believe in the business of human living. Whether you are running a store or shop or writing a poem, there is always something greater than you that you can call on….There is a plot for every man’s play, a better way to run any man’s business. There is always an inspiration for anyone who will listen to it. I don’t care how confused or upset or discouraged you may think you are, or what the situation that surrounds you may appear to be, or how disastrous the outlook, if you know that with God all things are possible, if you know that you actually are in partnership with Him….You will find that you will begin to do things in a new and better way. There will come a hope, expectancy, a new power and vitality, which will give a new direction to all you think. And this will be followed by action, even in the most commonplace things of life. So let’s put this sign over the doorway of our establishment: God and Company, and see to it that we never take it down.”
Sixty years is a long time in the magazine business. Many once famed magazines have long since shut their doors, but Science of Mind has stood the test of time.  The insights, the blessings, the gifts it offers are unique.  Go time travelling with us, and check out all the wondrous glimpses of our rich history!
To read some of the 1954 issues follow this link: http://scienceofmindarchives.org/som-magazine/itemlist/category/10-1954