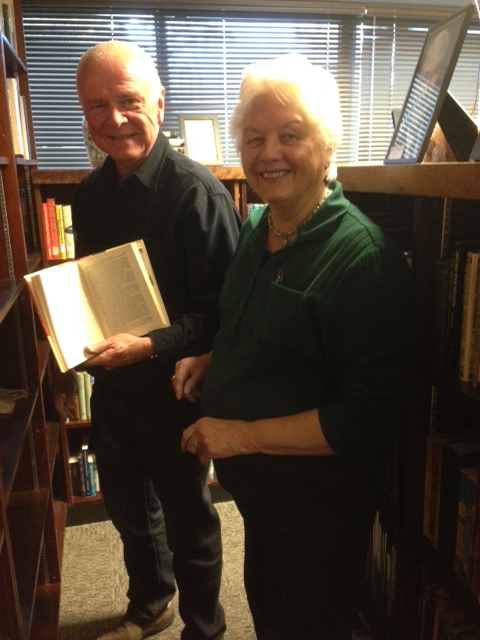 Happy 80th Birthday, Dr. Marilyn Leo!
Her Memories of Science of Mind History
FEBRUARY 2015
By: Rev. Dr. Marilyn Leo
Founder and Chair of the Board of Governors
Science of Mind Archives & Library Foundation
Celebrating 80 years of life on this earth is in itself something to acknowledge in a big way. And this month I will. It is a life worth remembering, especially being acquainted and involved with Ernest and Hazel Holmes and the Science of Mind teaching. I only wish that about 60 years ago I had realized the wealth of gifts I was being given.  But without regrets I continue to live and love life and all that awaits my family and me. It is all a marvelous time.
Eighty years ago Ernest Holmes was well on his way to spreading the “gospel” of the Science of Mind teaching around the world.  He had been lecturing and giving classes on both the east and west coasts of the U.S. and thousands of people flocked to hear his charismatic voice and manner.
In about 1938 Holmes and Reginald Armor, his protégé’, created a home study course for those who were not living in an area where they could attend classes and learn the principles of Science of Mind.  The Home Study Course or Extension Course as it was often called, consisted of a weekly lesson, a letter and an essay by Ernest Holmes, and questions and answers by Reginald Armor. A person would sign up for the course and the first mailing from the Institute of Religious Science would include a copy of the Science of Mind textbook as well as the weekly mailing.  When the person had studied the essay and lesson and answered the questions, they would return their answers to the Institute for grading. When Mr. Armor received the papers from the student he would grade it and send the next lesson in the return mail.  There were a total of 48 lessons. There were additional editions created. Some included a glossary and other papers.  In some editions Gussie Rundel1  wrote the letter of introduction.
At each board of directors meeting of the Institute of Religious Science a report was given. The December 29, 1953 global report reads as follows: “During the past year the Home Study Extension Course in Science of Mind of the Institute of Religious Science enjoyed a large enrollment of 580 students. In addition to the United States, there were students in the following foreign countries: Canada, Australia, the Bahamas, Scotland, the Philippines, Japan, Nigeria, South Africa, and the British West Indies. There were several people taking the course who resided in Puerto Rico and Kuwait, and three or four students in the Armed Forces in Vietnam. In recent years, the Institute had enrolled students in Holland, Haiti, the Republic of Panama, Hong Kong, South America and Mexico. Their ages ranged from eighteen to eighty-six.” 2
The ministers of the day believed the Extension Course to be a valued companion to Science of Mind studies. See comments by Dr. Robert Bitzer on page 68.3
The 1953 edition of the Home Study Course has been reprinted and is now available for sale www.somarchives.org.  Also available are Chronicles of Religious Science (an in depth look at the history of the Religious Science movement) and In His Company.
1 See In His Company-Ernest Holmes Remembered by Marilyn Leo
2 Chronicles of Religious Science, Volume I
3 Ibid
Post Views: 1,158