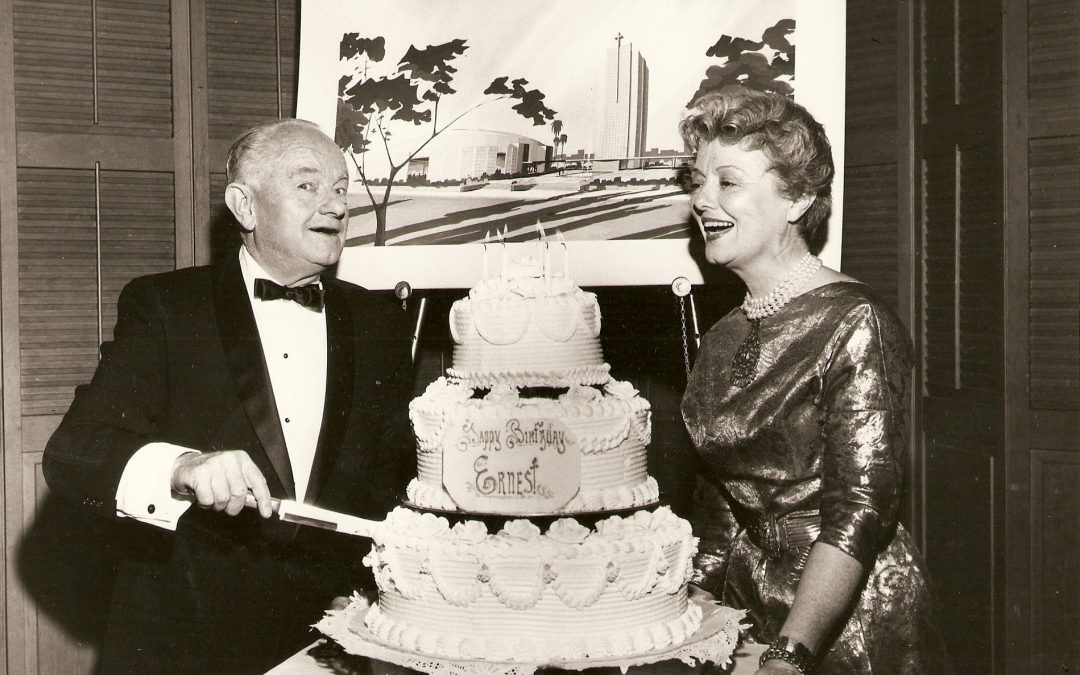 Happy Birthday, Ernest
January blog post  – by Karen Oxrider, RScP, Secretary on the SOM Archives Board of Directors
I was stoked when I learned that Ernest was a January baby like me. After a quick mental calculation, I smiled knowing that he was celebrating his 128th birthday somewhere. Next, my thoughts turned to wondering what our famous teacher was like as a child, where did he grow up and how did he celebrate his birthdays? Where does one go to get answers to these questions?  Why, the SOM Archives website of course.
BIRTH AND CHILDHOOD
Ernest Shurtleff Holmes was born January 21, 1887, on a small farm near Lincoln, Maine.  He was the youngest of nine sons. His mother was a school teacher and his father was a self educated farmer. He was raised as a Baptist but his parents were not ordinary Baptists.  They believed in the goodness of God, did not believe in a personal devil and urged all their children to come to religion with questioning minds.
Ernest Holmes was born in poverty. Hard economic times continued most of his early life. The farm had to be mortgaged. Later, when the bank foreclosed, the family moved into an abandoned farmhouse, beginning a nomadic life, which lasted for several years.  During this period some of the boys, including Ernest, stayed with various relatives. Eventually, Ernest’s father landed a job in a logging camp and the family was reunited. However, after the time the family moved from the farm, Ernest never celebrated two birthdays in the same house. To read more …
So Ernest, like most of us, celebrated his birthdays, albeit not in the same house each year. He also was a distinguished teacher, author, and founder of the Science of Mind magazine.  Each magazine contains a wealth of articles, daily meditations, poems and more. The first issue was published in October 1927. I can’t think of a better way to celebrate Ernest’s birthday than to enjoy his words on the Theory of Visualization on page 7.
The best part is that the Archives website stores all the back issues for us to use in our research, presentations and personal inspiration. All you have to do is select a year and a month, then download the magazine for FREE. Now that’s a present.
Post Views: 691